My Formula for the Perfect Night Out (Nightclub and Bar Game) 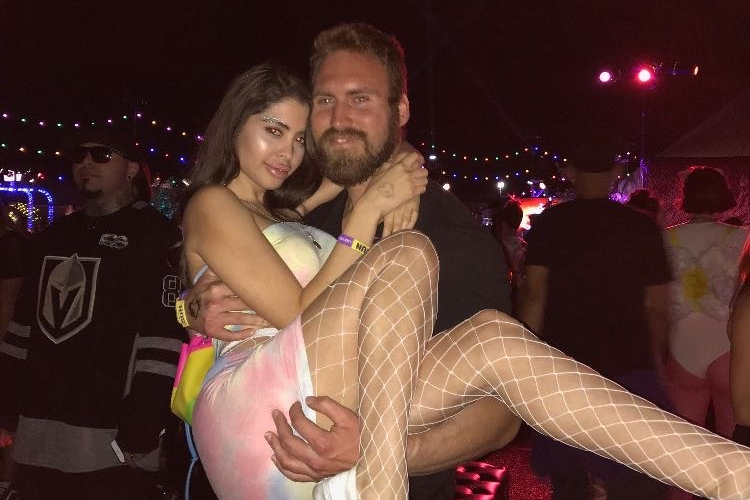 It’s officially summer of 2021 and nightgame is back, baby.

I’ve been going out pretty regularly for the last couple months and as clubs are starting to open up in Los Angeles and Orange County, I’ve been going hard.

Look, it’s good out there (especially where I live). Really, really, really good. Girls are highly receptive, and in some ways way more receptive than pre-lockdown.

While I’m having a blast, I know that many of you are just starting to venture back out to clubs and bars. So I thought I’d give you a quick rundown of how I run my nights.

This is literally how I think about every night and what I use out in the field to get in the zone and absolutely kill it. And if you’re ready to go hard, I’m sure it’ll work for you too.

Life’s short. Why spend it in crappy venues.

The reality is that every city has one or two venues that are THE place to be. Ie. That’s where the hottest girls in that city go.

In Los Angeles, Orange County and San Diego, some of these venues literally can be wall-to-wall hotties with a ratio of women to men that would shock you. But you gotta know where to go.

Just go to those venues. Even if it’s hard. Even if you have to pay cover or bribe the door guy to get in. Even if you don’t always get let in. (Ideally go to the same venues repeatedly).

While top nightclubs can be intimidating to newbie students, I personally thrive in that environment and find it fun. With time, you can thrive in it as well. If you’re intermediate and you’re going to so-so venues, change that.

Start of the Night

The first 30-60 minutes don’t count. But in a way they do. Too many guys come to the club and instantly start off by getting in their heads and thinking that they should be mass approaching and doing perfect opens from the get-go. This doesn’t work. Don’t do it.

You want to have a good night and nothing will ruin that more than putting pressure on yourself and overthinking every little thing. This is why again, the first 30-60 minutes don’t count.

I spend this time acclimating to the environment, maybe getting a drink, chit-chatting with the people around me and generally being social. I’m putting game as far out of my mind as possible. If I’m with a wing or with a student, my whole goal is to relax. That’s it.

But I’m not being anti-social either. I’ll strike up little conversations. Give out random compliments. Chat with the bar-staff. Get a lay of the land and try and observe the social situation. I’m also keeping an eye out for who I want to approach and who they’re with.

We’re inside the venue. Once I’ve gotten out of my head through little bits of bite-sized action, I start to build “Matt Momentum”.

Simply put, I start approaching. But in a calibrated, simple, calm, social way. Simple compliments work the best at the start of the night and I don’t overthink how I open at this point.

“Those are some badass shoes, I’ll fight you for them”

Simple. Playful. Fun. Nothing too complicated and very flirty, but not in a heavy way. Stuff like that works best earlier in the night (although it can work later too).

The most important thing is to just approach. Doing no approach is worse than doing a theoretically “imperfect” approach and you’d be surprised how many pulls I’ve had off incredibly lame openers.

I’m never going to put too much pressure on myself or beat myself up for doing or not doing something.

Feel the Vibe of the Venue

This one is key.

After years of working in nightclubs, and years of game, and years of coaching with Todd, I can say that most guys simply don’t ever really “get” the venue.

The goal is to become social in such a way that you’re congruent with the venue, as well as the time of the night.

Simply put, things are calmer at the beginning of the night, and get a little more chaotic as the night goes on.

If the vibe is still kind of getting started, you don’t want to do big bombastic approaches that make you look like a clown. (Other girls will notice that stuff too and it’ll hurt you later).

It’s really obvious, but most guys don’t get it and this is why I place so much on emphasis on mental state and getting out of your head.

Not surprisingly, this also leads to incredibly fun nights where craziness happens.

Rejection happens. So what?

The goal isn’t to avoid rejection, the goal is to get your own personal 9 or 10. At this point, rejections are like blips in the night. They don’t affect my mental state in the slightest and at the end of the day, I’m still a high-value guy.

As I’ve gotten better in game, I very rarely get blown out or even really silence off the open. It just doesn’t happen anymore. This is partially because of how I approach. Partially because of my overall approach to inner game and how I live my life.

Go For What You Want

This is where things start to get good.

Too many guys go to a club and goof off and think they’re doing game. They’re generally surprised when girls want nothing to do with them. They stop approaching when they lose state and then get discouraged during the best parts of the night.

Here’s a secret: Go for what you want. No excuses.

Look, you can do easy approaches early in the night for the sake of getting out of your head. But when it’s prime-time, you have to go for what you want. In my case, that’s the kinds of girls that I got into game to get.

I’ll usually have an eye out for the 4-5 girls in the venue that I consider my own personal 9’s and 10’s and I’ll spend at least a minute or two trying to understand their social situation. Are they there with just one friend? A group? Are they bored or having fun?

(I have a fighting background, and if you’re into MMA, wins are never about smooth execution…wins are about winning even if it doesn’t look pretty. Game is exactly the same.)

I’ve also done this so many times that I can be a little bit more playful and edgy and rock-the-boat on the open and it’ll hook a good percentage of the time.

Ideally, you’re hooked right into an amazing set with an amazing girl in the mid-part of the night. It goes well, she’s into you, you’re into her, and you don’t screw it up. When you can pull, you pull.

But things happen. The club is about to close and you’re standing around wondering what to do next.

The last hour before the club closes, and the hour after it closes, are action-time.

Girls are way more talkative and social cliques start to fall apart. In the venues I go to, things are in full swing and everybody is very social and having a good time. At this point, I’m completely revved up and in approach mode. Am I making smooth, perfect approaches? Absolutely not.

Do they work a good percentage of the time? Yes. Yes they do.

You usually want to have more intensity behind your approaches at night, and not in a goofy clown way. There’s always sexual tension involved along with heavy teasing. That’s usually the best way to open at this time of the night.

Last But Not Least

As my students know, the time for standing around and chit-chatting is at the beginning of the night.

Most guys you see at nightclubs don’t know game. Yet many succeed on a nightly basis because they’re frankly too ignorant to know any better. They just go for what they want with full conviction that they are the shit and often enough, it works.

I’ve taken that approach, combined with a lot of years of learning game, and guess what: It works. Consistently.

It can work for you as well.

What to do next

Find the best venue in your city and go there. Then follow this little gameplan and if you’re just starting out, keep it simple and take action.

I’m currently doing private 1-on-1 bootcamps and will be for the rest of the year, click here to talk to someone that can help you get started.

Last, but not least, just approach and have fun.