Rejections Happen. Get Over It 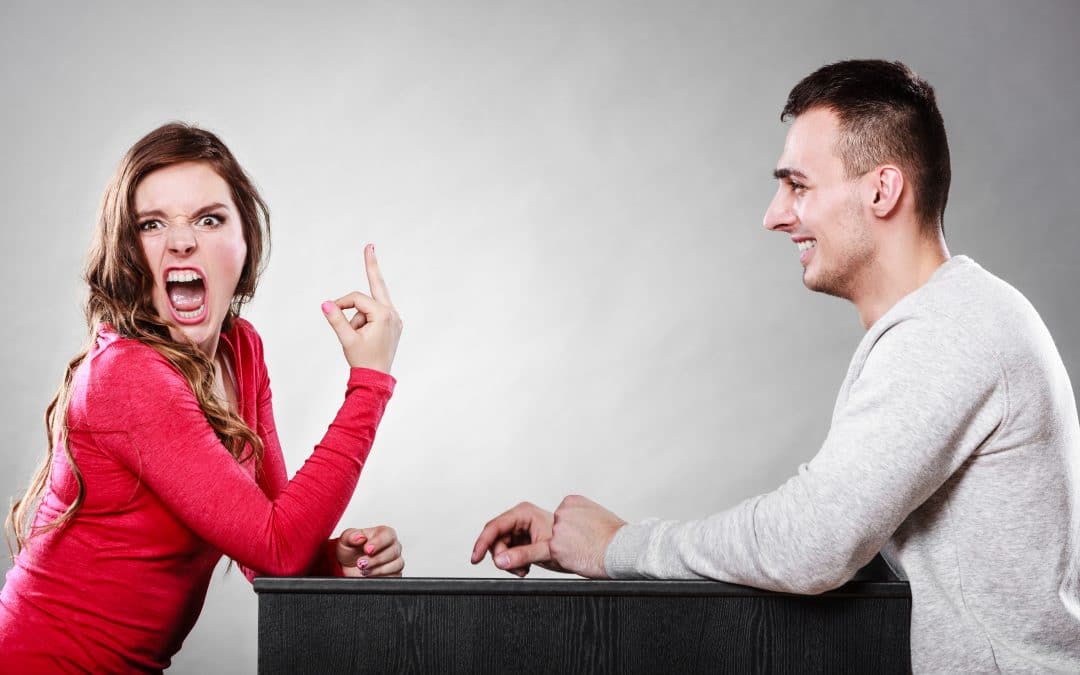 It’s been a while since I spent any time seriously thinking about rejections, but due to some recent events, I think it’s time I put some things into perspective.

The funny thing about rejections is that society makes them out to be this colossal, life altering, psyche-destroying event.

In reality, they are instantly forgettable.

In my two decades of talking to girls, I can’t remember any single rejection very clearly.

However, to the majority of men, rejections are a cataclysmic event that signals your failure as a man. Your lack of sexual desirability. An event to be avoided at all costs. A no-good, very scary thing that could scar you for life.

Which brings me to my first point. 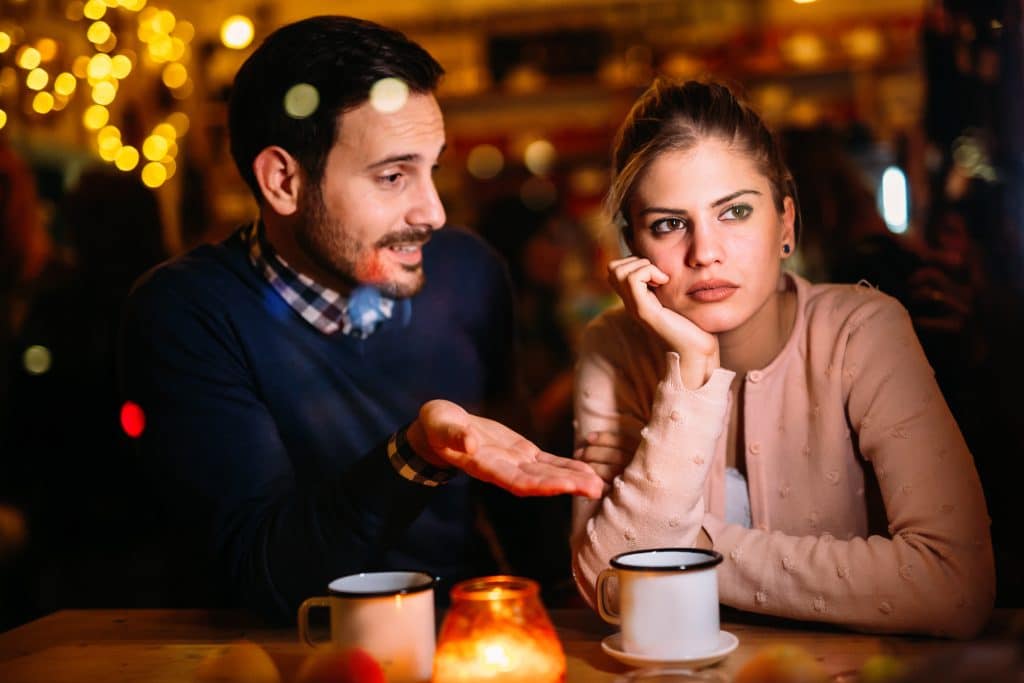 The average man on the internet, commenting away about how easy it is to approach and talk to a woman they’re into, has almost certainly never done so.

Most men are completely consumed by fear.

The utter horror of being “rejected” by a woman is enough to keep most men from taking any action whatsoever.

For eons, way back before cell phones, walking up to a woman and starting a conversation was just a thing men did. It was a sign of having balls. A sign of courage and manliness. Some guys were good at it. Some weren’t. The guys that had the most balls usually also were the men that women found inherently attractive.

But times have changed.

We currently live in a time when crippling social fear keeps most men from EVER approaching. And even in social situations amongst friends, so-called warm approach situations, most men are completely CLUELESS and IMPOTENT when it comes to talking to women. And it shows.

Whereas talking to a girl has always been a little anxiety inducing, these days men are encouraged to choose the safe, pain-free, PC approach.

How To Completely Eliminate Rejection Forever

Want to completely eliminate any and all rejection from women?

Settle for what naturally comes to you.

Whatever your current situation is with women, if you take no proactive action ever, that will be your situation for a very long time. Maybe until the day you die.

If you’re particularly lucky, sooner or later a woman will come along and “pick” you. Probably not the woman you would have picked. But one you’d settle for because let’s face it, what other options do you have?

This is how most guys get into relationships. (But hey, at least they never got rejected).

If you’re especially unlucky, or have avoided this area of your life, your lack of proactivity will guarantee you a life devoid of sex, companionship and meaningful relationships. You’re stuck. And no amount of “Just be yourself” and “The right one will come along” will change that fact.

This is how society wants you to meet women in the modern age by the way. They want you to just “wait a little longer”.

A Way Out Of Mediocrity

Back before I even knew what game was, I knew that settling just wasn’t an option. I was already so demoralized due to years of getting close, but not quite getting it, that I had no choice but to become proactive. Something clearly had to change.

And if you’ve read this far, there’s a chance you’re in the same boat.

Which is why I’m going to give you a way out.

The good news: If you do the right things, success will find you. If you talk to enough girls, you’ll get better at talking to girls. You’ll develop a skillset that most men never develop. You’ll be up to your ears in options. And if you so choose, you can eventually settle down with the woman of your dreams. A girl that you would have never met if you had stayed at home and did nothing.  (Many of my students have followed that exact trajectory).

And again, on occasion, you’ll have to deal with rejection.

The Price Of Success… Is A Little Failure

Do you honestly think that anyone got truly amazing at anything without fucking up on occasion?

Whether it’s sports, or business, or music, or whatever, the greatest achievers in history have always understood that sometimes it takes a little failure to get to the major wins.

That’s just how it goes. That’s the price you pay.

Do you think Lebron James could be a once-in-a-generation basketball player if he sulked around after every missed shot?

Success with women and dating is absolutely no different. Sometimes you win some, sometimes you don’t.

Rejections Happen. Get Over It.

Let’s get into something that should be quite obvious.

Yep, rejections happen to me too. They happen pretty rarely. And way less than they probably happen to you. But they still happen.

This is a point that I sometimes visually show to my students in seminars. I’ll show them a harsh blowout caught on film, one where I make several mistakes that earned me that blowout, one that I probably should have left after 20 seconds. Followed by video after video of great interactions that they can replicate themselves.

Most of the time, the so-called rejections I get in real life are five to ten second dismissals that are pretty easy to turn around. The girl doesn’t know who I am, and then five seconds of flirting later, her interest completely turns around and she wants to get to know me. (These happen pretty regularly and are not that different from what most guys get in the first moments of an interaction. I just know how to turn them around).

On occasion, a woman just isn’t interested. Period. Which guess what, is totally ok. You walk away, the end.

Any advanced guy I’ve ever met knows that if you take enough action, on occasion you’ll encounter a blowout.  Most of the time, it’s a blowout caused by a mistake. An error in calibration. Or something else. But sometimes it’s due to nothing you did and the girl is just having a bad day, or had something bad happen to her, or is just really not in the mood. Pick your reason.

What most men see as rejection, just simply isn’t a rejection.

A short positive interaction that lasts 60 seconds, but the girl’s friends drag her away isn’t a rejection.

A girl that’s too distracted by something else that’s happening in the club isn’t a rejection.

A girl that “shit-tests” you right off the open is actually the opposite of a rejection. Shit tests are a good sign if anything, but most men can’t see that and don’t know what to do.

The reality is that most rejections, just aren’t very meaningful. You just deal with them and move on.

Even after a super harsh rejection, a few minutes later you’ll still be the same person–fully alive and with all limbs intact–as if you’d never approached… though perhaps a little less scared for next time, since you’ve just survived the worst case scenario.

And the girl will be fine too. If the worst thing that happens to her, in her day, is that she receives an unsolicited compliment or two, I’d say she has some truly first-world problems.

But the reality is that none of those interactions matter.

The Only Interactions You Should Care About

I walk into a bar or club. I do an average of 4-5 approaches.

Sometimes the first approach is so “on” that I stay with the girl until I pull. (Happens often enough).

On another night, it’s possible that I’m a little off…I do 3-4 approaches that might be innocuous little 60 second interactions that don’t quite take off.

After these approaches, I open a girl that is very clearly into me. We talk for 45 minutes or longer. Get drinks. We’re both having fun. Then we bounce.

Did those 3-4 approaches beforehand matter? Where they rejections?

The only interaction that matters is the last one of the night. The unmitigated success.

Which is why a major point I make to my coaching students is not to get so down about the sets that didn’t work at all. Instead, most students should get better at dealing with the girls that clearly are interested from the first minute.

It’s usually those “Yes” interactions that the average guy should focus on improving.

Instead of having good-enough 2-minute conversations, focus on having longer interactions.

Instead of talking about boring platonic subjects, try to instigate even a little and have her LOVE being with you.

Instead of settling for a number, see if you can take her on a date right then and there.

By focusing on turning your ok/good sets into insane sets, you’ll be able to multiply your actual results with women in real-time. This is how you build a truly fulfilling dating life.

Yes, You Can Minimize Rejection

If you’re getting harsh blow-outs left and right, you’re doing something wrong.

Most guys starting out make glaring mistakes that instantly warrant a “No” from a girl. This is something that’s hard to fix unless you have someone experienced actually see you in action. That’s because there are hundreds of mistakes you could be making.

Common mistakes that get you an instant “No” include awful fashion and hygiene. Or approaching in a timid and creepy way. Or being way over the top and inauthentic (particularly a problem in Daygame).

There’s hundreds more. But yes, with a little self-awareness, you can eliminate a lot of them.

The goal is to get fewer “No” interactions and more “Maybe” and “Yes” interactions. And with enough time, knowledge and effort, that’s exactly what happens.

But the obvious “No” sets really don’t matter. Just walk away. Often times, the girl you talk to after the “No” set is a clear “Yes”.

Rejections Aren’t an Indicator of Your Value

Last, but not least, never judge your self worth based on a rejection.

This should be an obvious one, but some guys really need to hear it a couple times.

A rejection from a girl that doesn’t know you doesn’t mean a whole heck of a lot.

A rejection based on some mistakes you’re making means that you should fix those mistakes. But it doesn’t have any bearing on who you are as a person or your self worth.

In Conclusion: Play To Win

If you’re actively out there working on your social skills and destroying old habits, congrats, you’re doing something that 95% of men are too afraid to do.

Most men don’t particularly care about winning. They care about not losing. About not “feeling bad”. And you know what, society supports them in their stagnation.

But I’m pretty sure if you’ve read this far you’re not like most men.

Speaking from experience, anything worth doing in my life required a lot of hard work and yes, a little pain here and there. And guess what, I’m still here.